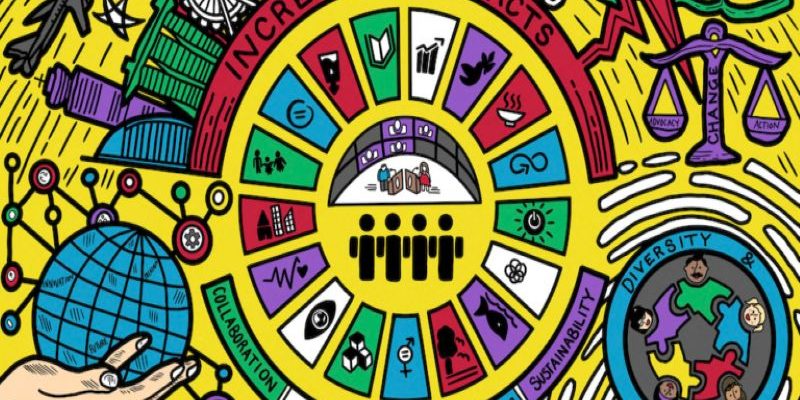 The global pandemic has amplified crises such as domestic abuse, limited access to medical care for marginalized communities, and violence against women. In response, global conferences are directing attention towards these pressing issues, advocating for systemic change, and facilitating initiatives and policies that channel commitments into action.

The Incredible Impacts Programme, a joint initiative by the International Congress and Convention Association (ICCA) and BestCities Global Alliance, is thrilled to honour three associations who have left lasting legacies of social change – not only in the meetings industry, but in communities around the world.

Whether obtaining signatories for a pledge to achieve equal access, creating an accessible global platform to support victims of gender-based violence, or obtaining commitment from world leaders to implement policy changes, the winners of this year’s Incredible Impacts grant have emerged as champions for vulnerable, marginalized and minority communities. They are:

Topics included art as a tool for expression and healing; LGBTQ shelter management; and the introduction of lila.help, a central platform integrating support mechanisms around the world for victims of gender-based violence. See their Case Study Here

​​​​​​​​​​​​​​Women Deliver I A leading global advocate for gender equality and the health and rights of girls and women, Women Deliver held its largest conference ever in Vancouver, Canada in June 2019. The event was attended by 8,000 people from 169 countries, as well as 200,000 participants online and through satellite events.

During the conference, Prime Minister of Canada Justin Trudeau made a 10-year, $1.4 billion (CAD) annual commitment to gender equality and sexual and reproductive health and rights. President Kenyatta of Kenya committed to ending female genital mutilation.

And for the first time, NGOs, grassroots advocates and survivor-led organizations united to develop a plan to end female genital mutilation/cutting by 2030. See their Case Study here These three associations will each receive a grant of $7,500 (USD) to be used for future projects, in recognition of their excellence in hosting events that are moving the dial on global issues.

Their efforts can and should serve as inspiration for event planners who are likewise eager to make a tangible difference. Meetings, after all, have the power to introduce policy, spark dialogue and shift perspectives – and these are key foundations of systemic change.