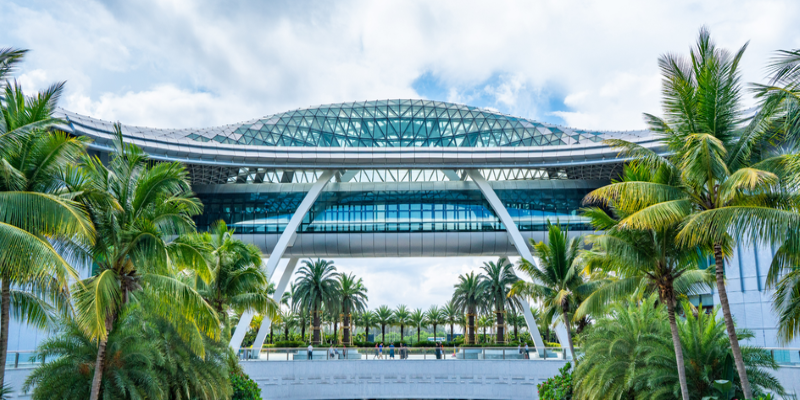 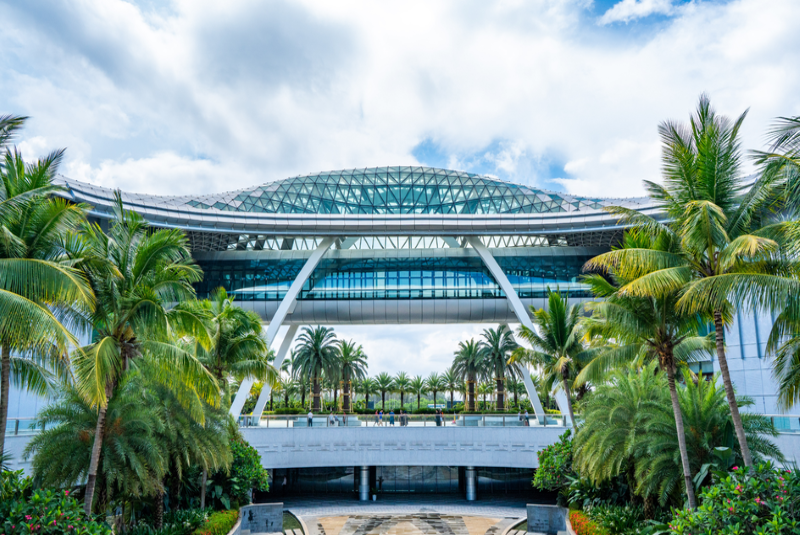 As travel and thus travel retail has ground to a halt the world over, China has gained importance for another reason: For the past year it has been virtually the only place where travel retail has existed at all.

China and its travelers have been the news in travel retail for years now, and with good reason. It’s difficult to overestimate the importance of this cohort. Alexander Glos, CEO of i2i Group — a multidimensional marketing company that helps brands reach high-net-worth Chinese consumers — believes if you are not focused on the Chinese consumer you are severely limiting your sales potential, period. “I think travel retail is only going to think about China in the future. It was already like that to some extent but it’s going to get even more so. This is particularly the case in Asia, but even in Europe. And that’s only going to increase; what we’re about to experience in the next 10 years is really the true Chinese travel revolution.”

As travel and thus travel retail has ground to a halt the world over, China has gained importance for another reason: For the past year it has been virtually the only place where travel retail has existed at all. While the virus may have come into existence in China, the country has been relentless in shutting down its transmission. Any region with cases has been promptly and completely severed off and there has been strict — some might say invasive — contact tracing and resultant isolation. As of writing over half a billion vaccines have been administered, and the goal is for that number to reach 700 million by the beginning of summer.

It is this type of management that has helped life within China return to near-normal within months of the pandemic’s beginning, and it is this return to near-normal within China’s borders that has helped Hainan to become the travel retail mecca it has become — in addition to the Chinese government’s 2020 decision to allow a US$14,000 duty free allowance for nationals who visit the island, as Hainan is being promoted as a duty free port.

Glos says while Hainan is a place travel retail operators and brands should undoubtedly be, the current state of importance in the channel is something of an illusion. “Over the longer term Sanya/Hainan is definitely developing in an Orlando type of model,” he says. “It is a vacation destination for the average Chinese family, where they can go and spend money and have a fun family experience. They can do things like go to dinosaur parks and water parks and have butterfly experiences. I would say it’s a Chinese Orlando but with slightly better scenery, because you’ve got tropical jungle mountains and the beaches are actually quite nice.”

Glos has no doubt that Hainan will continue to be the number one leisure holiday destination in China, but that does not preclude Chinese travelers from also experiencing international destinations throughout Southeast Asia, Dubai, North America and Europe. “It’s easy to go to Hainan, but it’s also less exotic and more expensive, and so for travelers looking for something out of the ordinary, international destinations will continue to be very attractive. Travel abroad transfers status and face to the traveler that domestic travel does not.” He adds that while a trip to Hainan might be easy, Korea and Japan are actually much closer for those traveling from Beijing or Shanghai. The status of having been to one of those destinations is greater, and time spent at either one is less expensive than at Hainan. “And if you know how expensive Japan is, you know that’s saying something.”

What Hainan is not, despite what many touted in discussing the China International Consumer Products Expo recently held there, is a place where high-net-worth Chinese will go luxury shopping, says Glos. Luxury shoppers are looking for much more than purchasing the item, he says. They are seeking out the luxury experience, which very much includes service. “If you’re in Sanya you have to stand in line for 30 minutes to get into the store. It’s like waiting for a ride in Disney. It’s difficult to imagine any real high-end shopper doing that.” Additionally, he adds, the selection is simply not the same as it is elsewhere in the world. Also, Glos says that Chinese who are purchasing truly high-end items are usually using an international bank account and a different currency, and prefer to make purchases outside of China.

As the Chinese consumer is so important around the world, it can be difficult to lose sight of the Chinese traveling person who becomes that consumer. “I think it’s a misunderstanding to assume that the Chinese travel exlusively for shopping. They don’t. They travel because they want to experience different countries and see iconic places in international cities. Increasingly they want local experiences in countries around the world,” says Glos. “But shopping is an element of this; it’s part of what to do while you’re traveling abroad because the prices are better, the selection is sometimes better and certainly the service is always better. I think the current success of domestic shopping in China is basically a false positive. It’s successful today because Chinese travelers cannot travel globally. But once the doors open again, they will rediscover why they were shopping around the world before, and they will do it again.” 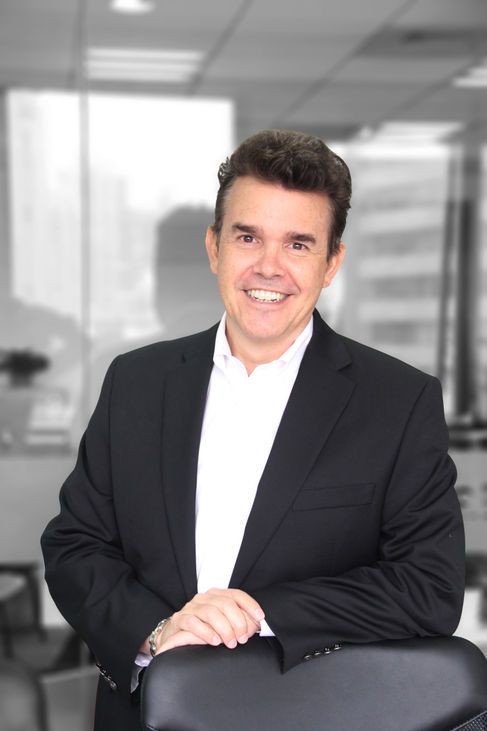 “What we’re about to experience in the next 10 years is the true Chinese travel revolution,” says Glos. “Only 13% of Chinese currently have passports, which is a very small percentage. When you look at the numbers back in 2019 and 2018, there were 120 to 140 million international travelers out of China, but about 75-80% of these traveled largely to near China — Hong Kong and Macao and Taiwan. This is tremendous news for global tourism and travel retail. The Chinese are learning to travel domestically, and once they do that they’re going to learn how to travel internationally.”

For evidence to support this statement, Glos looks back at the American in the US travel industry from 1945 until today. “In 1945 everybody got into a car or a train and they went to Florida or California. They drove someplace sunny to relax. They did that for awhile, but then they began to say, ‘I could take a cruise, or I could go to Hawaii.’ Once they did that, they then said, ‘oh wow I could actually go to Mexico or Europe,’ and they did that. This is what we’re now seeing in China.”

Glos says we will begin to see travel to near-China increase dramatically throughout the rest of 2021, and then begin to extend to other parts of the world. “As the world begins to open up, the Chinese will begin to travel internationally again,” he says. “After Macau and Hong Kong will come Korea and Japan. Then you’ll see travel throughout the core East Asian, Southeast Asian destinations. I think I would also put Dubai on that list. I don’t know how big those numbers will be because I think probably there will be certain capacity controls; right now Chinese can go to Phuket for example, but only two flights a day are offered, one from Shanghai and one from Beijing. Those flights are currently sold out for the next six months.”

His company projects that renewed global travel from China will come in phases. “The first 10% to 20% of global Chinese travelers, those that are more sophisticated and globally travel experienced, will be the first to travel internationally. Once they have traveled around the world and can share with their friends good experiences, safe experiences and the bargain deals that will undoubtedly be available to global Chinese travelers when they begin traveling, that will propel the next 20% to 30%.”

Glos says this is pretty much what happened domestically in China in 2020. “In March and April of last year there were virtually no domestic travelers, less than 10% of normal. But by June you had the first 30% and by August and September you’re up to 60% and 70% of normal travel — in some destinations close to 90%. By the end of 2020 numbers in some domestic destinations were exceeding 2019’s.”

While the world chomps at the bit for global travel to restart, the real story about China is not what’s going on over the coming year, but what is possible in years to come. This certainly includes opportunities offered by the coming international travel boom, but also by the opening up of possibilities simply by being visible in China. To illustrate, Glos mentions a well-known US brand that had been present in China, didn’t feel sales were adequate and so left, only to find that it also lost brand recognition of Chinese customers globally. That company is now returning to the country’s domestic market. “It’s the cost of doing business,” says Glos. “Sure they saved money by closing shop in China, but then the Chinese stopped walking through their doors in New York. You save $20 million but lose $40 million.”

Brands need to put substantial effort into being recognized by the Chinese. “The Chinese are brand conscious, but they do not have the same brand connection that we might have outside of China,” Glos says. “For example, my grandmother might have had a Cartier watch, and my mother, and my wife. The connection is there. With the Chinese, the competition isn’t just between luxury brands; it’s also between some of these other brands which may not be considered luxury but really are luxury in terms of quality. Younger, more affluent Chinese travelers in particular are less connected to Cartier and Chanel and they are much more open minded, so the landscape is super competitive, and also has massive potential.”

China is undoubtedly the future of any international brand or retail company. But Glos says the marketing strategy needs to be truly global. “Chinese are globalizing, which means that they are increasingly living abroad, and their business interests are also increasingly globalizing. So yes, finding Chinese consumers in China is a good strategy, but you’re also going to find Chinese consumers around the world in New York, Paris, Milano, Sydney and Vancouver.”

Recognizing that your best consumer in China may also be your best customer in New York is very important, according to Glos; he adds that the product and branding message must be designed to satisfy that global Chinese consumer. “This is really the first time in the history of luxury that we have seen such a significant demographic that operates on a truly global scale,” he says.

In other words, your marketing, branding, social media and communications will drive global business no matter where it is geographically located. “Your China budget might be spent in China, but it’s really driving global sales,” he says, adding that you might want to use the Mandarin language in your global marketing efforts. “The number of Chinese walking through Frankfurt airport on any given day in normal times is well into the thousands.”

According to Glos, some brands are already working along this train of thought. Their advertising might be in Mandarin, for example, or they might use Chinese models in their campaigns. Westerners might just think this is simply an attractive Asian face, but in reality it’s a Chinese celebrity. This is the kind of messaging that reaches Chinese people everywhere. 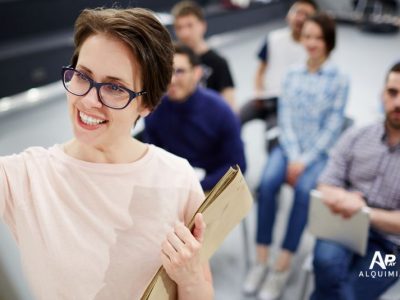 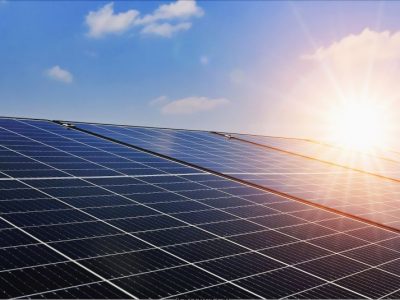 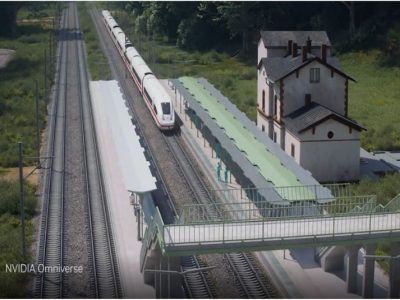 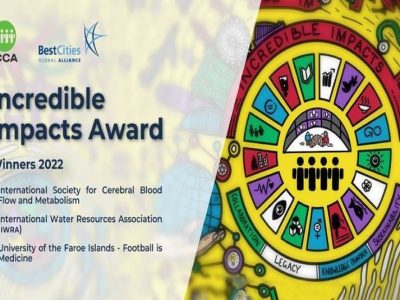 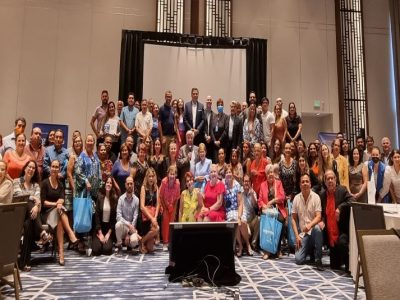