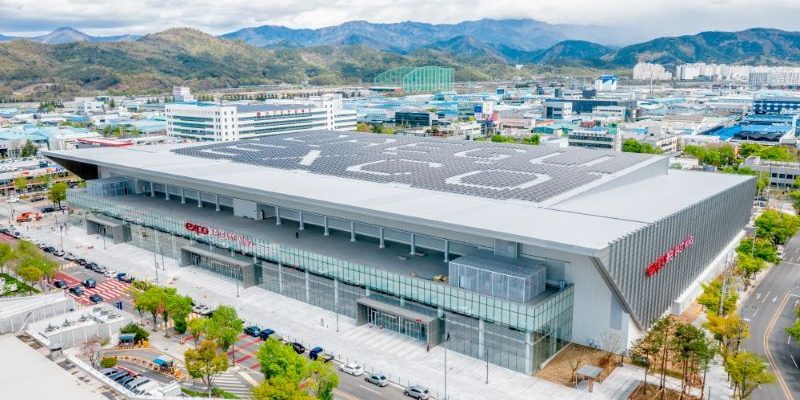 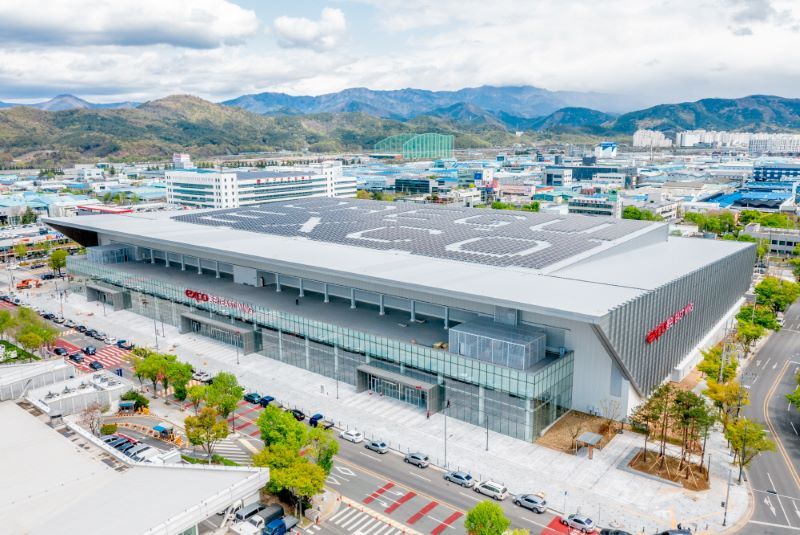 Daegu City held the Opening Ceremony of EXCO’s 2nd Exhibition Hall (East Wing) on April 28th at the plaza in front of the new exhibition hall.

The ceremony was held in conjunction with the hall’s opening event – International Green Energy Expo, attended by about 100 people including the Daegu Mayor, Gyeongbuk Province Governor, local lawmakers, and key MICE industry members.

The International Green Energy Expo celebrated its 18th anniversary this year, as Korea’s largest and world’s 10th largest new and renewable energy exhibition. The exhibition offers an opportunity to see global trends of the eco-friendly energy industry in one place, with showcases from representative companies in the domestic renewable energy sector, including solar cell, solar panel and solar inverters.

Daegu is recognized as Korea’s city of industry and science. Home to innovative hubs including the Samsung Creative Campus and Daegu High-Tech Medical Cluster, the city leads eco-friendly, high-tech advancements in diverse fields encompassing medicine, energy, robots and IoT. Daegu hosted numerous international events in the past, including the World Water Forum in 2015, attracting 47,000 delegates from around the world.

EXCO is Daegu’s main convention center and opened as Korea’s first regional exhibition and convention center in April 2001, with an initial exhibition area of 3,872 m2. The center underwent its first expansion in 2011, expanding to an area of 14,415 m2, which allowed for hosting of major international events, raising the status of Daegu as a city of international conferences. 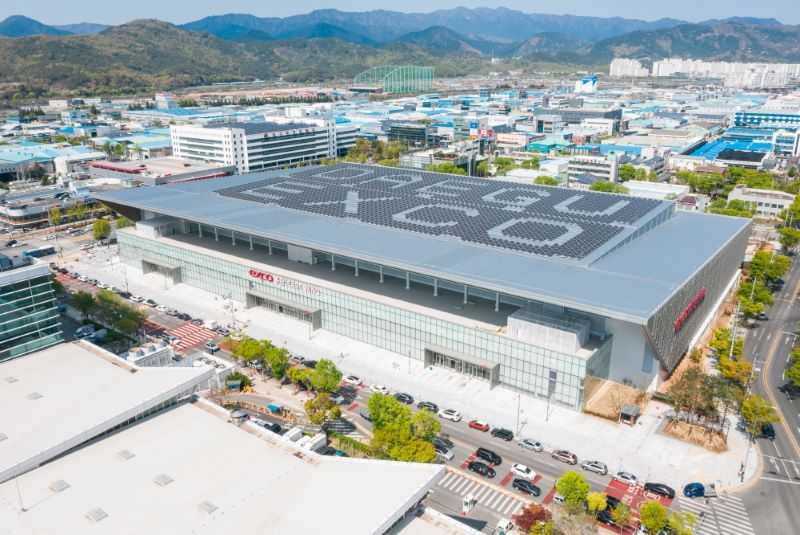 Now EXCO successfully underwent its second expansion with the opening of the East Wing. EXCO’s East Wing has an exhibition area of 15,000 m2 with one basement level and two ground levels. Combined with the original space, EXCO now meets the 30,000 m2 exhibition space requirement to host large-scale international events. With this opening, EXCO will be reborn as a global convention center capable of hosting large-scale international events, including the 2022 World Gas Congress scheduled for May next year.