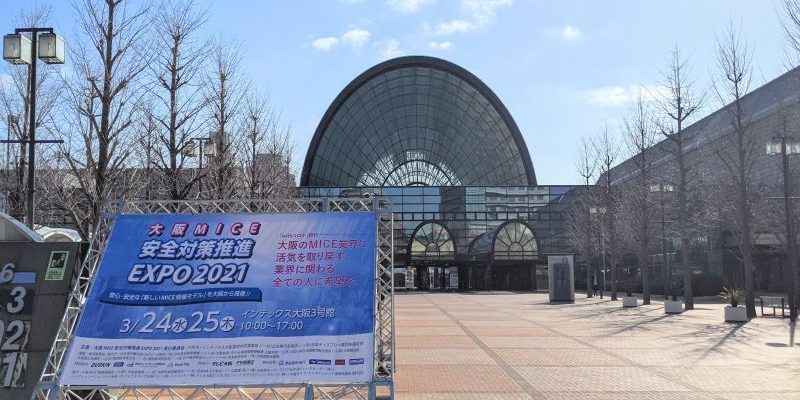 The energy of Japan’s MICE industry, coming from Osaka! 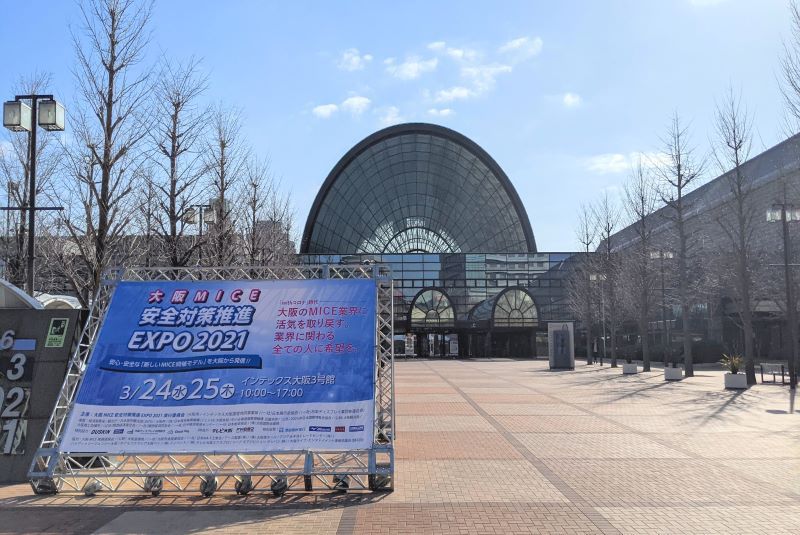 Featuring the latest offerings in operation methods and tools in infectious disease control and safe event management, the Osaka MICE Safety EXPO aimed to ease the concerns that event organizers, exhibitors, and attendees may have about in-person events, and received 4,159 visitors in its two-day run.

This exhibition marked a critical moment in the recovery in the MICE industry, and was supported by not just the Osaka Convention & Tourism Bureau, but also by the Osaka prefectural and city governments as well as economic organizations forming a body representing all of Osaka.

The Osaka MICE Safety EXPO also received backing from the Ministry of Economy, Trade and Industry, the Japan Tourism Agency, the Japan National Tourism Organization, and the Japan Association for the 2025 World Exposition. 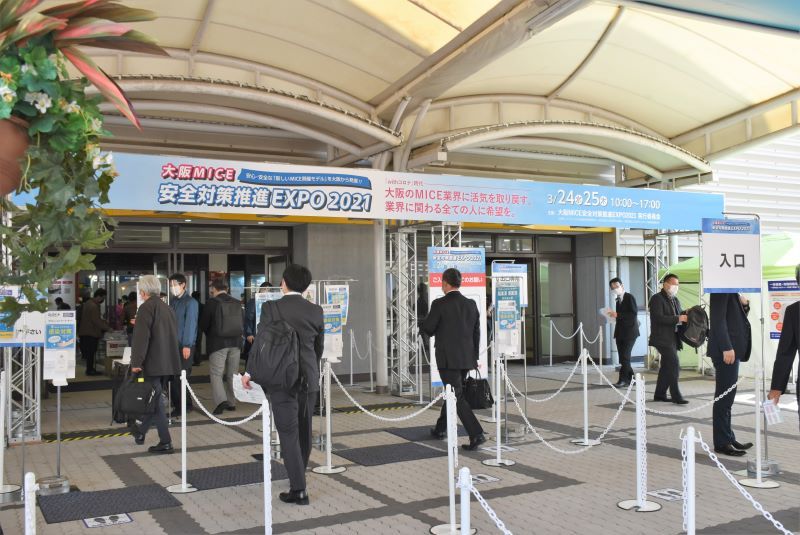 This event was used as a stage to showcase the safety, security, and cleanliness that highlight Japan’s appeal as a MICE destination. The planned exhibition space rapidly filled up, so even more space was speedily prepared for the event. Such a positive reception reflects the high hopes that MICE industry professionals hold for the recovery of the industry.

During the first day’s opening ceremony, Michiteru Kashiwagi, chief of the Osaka City Government Economic Strategy Bureau, began with opening remarks expressing the event’s status as a major first step towards economic activity, and his desire for all attendees to build up new business opportunities together while overcoming the pandemic and aiming for the post-pandemic era. 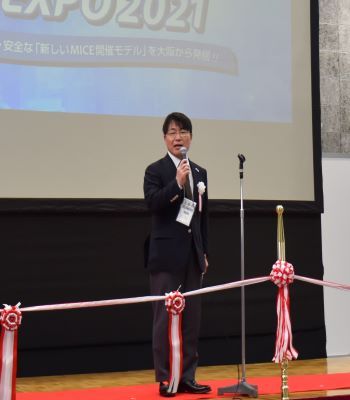 “In July of last year, Japan’s first MICE event after the state of emergency, the Kansai Hotel and Restaurant Show, was our first action in turning the tide against the effects of the pandemic. Today’s exhibition is our second such action, and in our ‘hop, step, and jump’ way of thinking today is our ‘step’ stage. The Osaka Convention & Tourism Bureau is giving its all to promoting the holding of events as much as possible and is aiming for Japan to be a top runner in the industry, but it is thanks to efforts of the many industry professionals, Osaka City, and INTEX Osaka that Osaka has become so valiant in fighting to be able to hold MICE events. I truly feel once again that Osaka’s energy is moving Japan’s MICE industry. I have come to feel that from many different perspectives MICE events must be held in-person, which is why we here want to make a declaration for in-person events. Together, let’s give it our all as we head for the light at the end of the tunnel.” 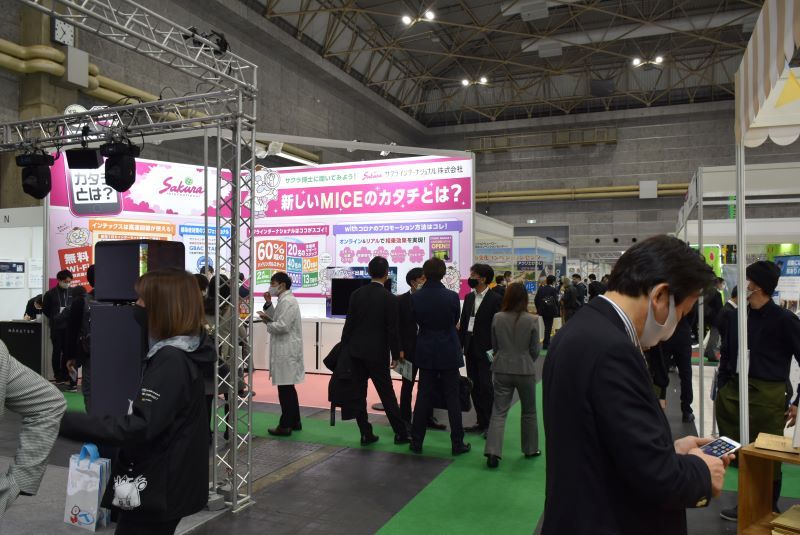