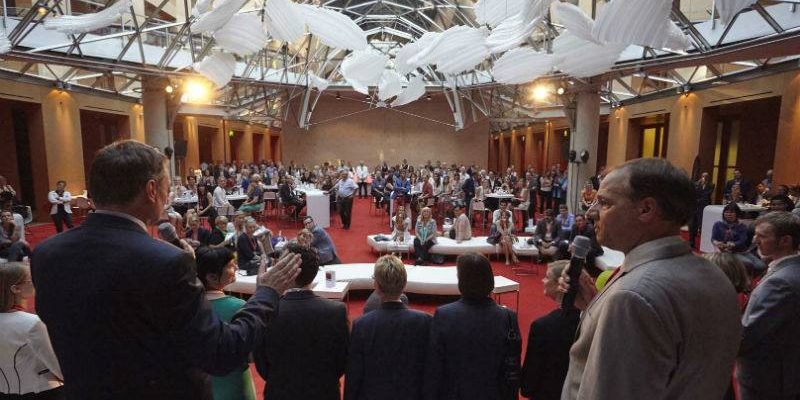 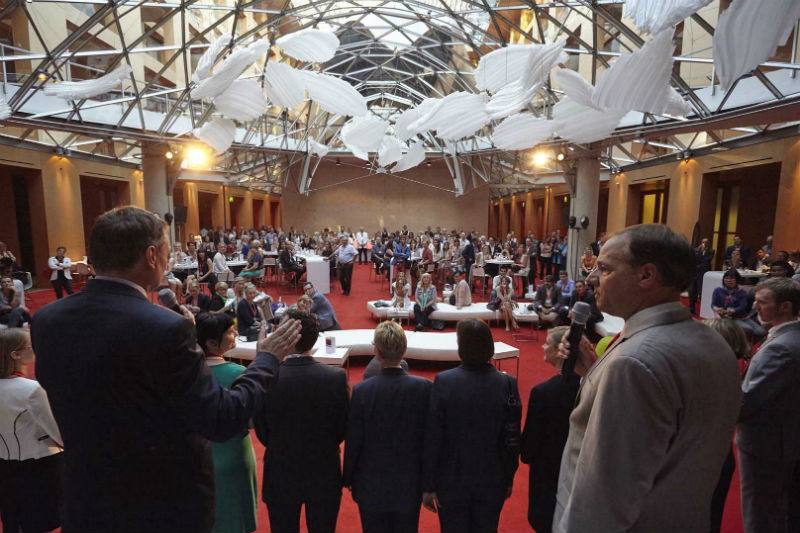 Congress fund helps with the acquisition of new events for Berlin

Berlin.- The Senate of Berlin has approved a new congress fund today. The fund will help the city and the Berlin Convention Office of visitBerlin to attract new events to the city. The focus will particularly be on events in the areas of digitalization, mobility and the health care industry. Events will be financially supported with this under certain conditions and backed with additional measures. With the congress fund, Berlin is strengthening its position with the visitBerlin Convention Office in the tough international competition for conferences, meetings, conventions and trade fairs.

Ramona Pop, Senator for Economics, Energy and Public Enterprises: “The events and congress industry has been badly shaken by the Corona crisis but it is also one of the fastest and most effective levers for Berlin to boost the economy. With the congress fund, which has been stocked with 10 million euros, we want to actively support the restart of this so important industry.”

Burkhard Kieker, CEO of visitBerlin: “Berlin has been positioning itself in the top international league of event cities for years. The new congress fund is an important signal to event organisers worldwide and gives a new perspective to the diverse event industry in our city. The fund will help us to attract new conferences, congresses and meetings to Berlin in the future.”

The congress fund initially comprises of 10 million euros. In addition to financial support for the event organizers, other services will be provided. For example, state-owned areas will be made available for innovative formats at short notice. Further measures may include, for example, the Berlin WelcomeCard, Berlin’s official city ticket for every event participant, or free city dressing, i.e. large-format advertising space at train stations, airports and other locations in Berlin.

To qualify for support, the event must last several days, have at least 50 participants and meet certain sustainability criteria. In addition, the event service providers commissioned must be based in Berlin in order to benefit from the subsidies.

The Berlin MICE industry is also prepared for the resumption of business. To facilitate planning, visitBerlin has developed a guide for safe events during the Corona Pandemic in cooperation with the Senate Department for Economics, Energy and Public Enterprises, the visitBerlin Convention Partner e.V. and the Berlin Events Industry Association. The guideline was agreed with the Senate Administration for Health, Care and Equality and recognised as a hygiene framework concept.

From 1 August, indoor events with up to 500 participants are possible in Berlin

In Berlin, events of up to 300 people inside and up to 1,000 people outside are currently permitted. Further gradual relaxation is planned for the coming weeks. From 1 August, events indoors with up to 500 people will be possible again, from 1 September with up to 750 participants and from 1 October with up to 1,000 guests. The following applies to outdoor events: from 1 September events are initially permitted with up to 5,000 people. All events are subject to the hygiene and distance regulations.

Discover some of Brussels’ unique locations with a guide