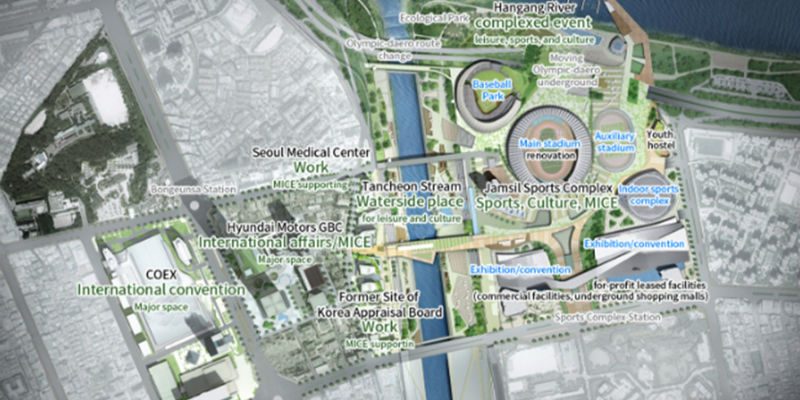 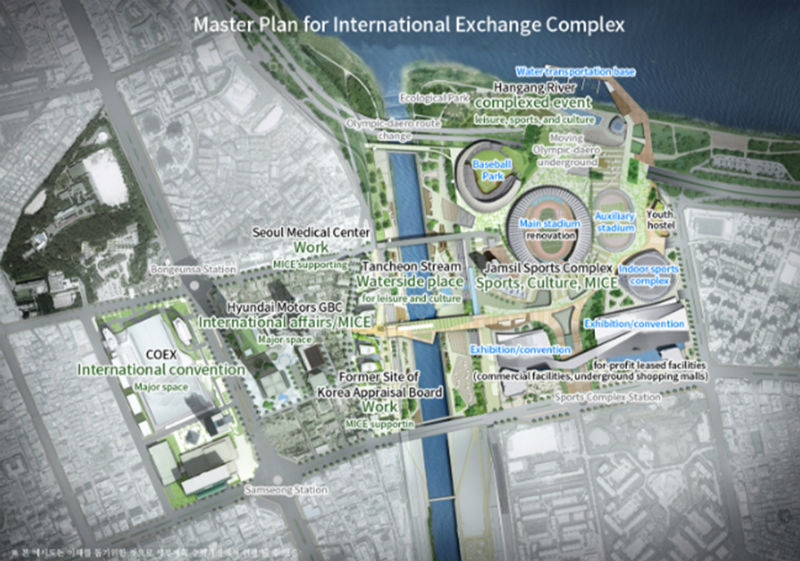 The construction of a new exhibition convention facility is set to begin in Jamsil, Seoul, on the grounds surrounding the current Jamsil Sports Complex.

Seoul Metropolitan Government announced on the 5th of this month that the eligibility study for the ‘Jamsil Sports-MICE Private Investment Project’ commissioned by the Korea Development Institute (KDI) in January 2017 was completed. Seoul Metropolitan Government plans to select the preferred candidates for negotiation in 2021 and will begin construction the following year, with an expected completion date sometime in 2025.

Located on the east side of Seoul, Jamsil is home to several key attractions, including Lotte World Tower, Seokchon Lake Park and Jamsil Sports Complex. The neighborhood is situated right next to and directly accessible by subway from COEX Convention & Exhibition Center, one of Seoul’s main exhibition convention facilities.

The new Jamsil MICE Complex will cover an area of 334,605 m2, containing exhibition convention facilities, luxury hotels and sports facilities. The new exhibition convention center will have a total floor area of 120,000 m2, nearly three times the size of COEX Convention & Exhibition Center, and will form a ‘MICE Cluster’ in connection with COEX (47,000 m2) and GBC (16,500 m2). A new luxury hotel with 900 rooms will provide accommodation space for visiting MICE delegates.

Slovenia, a New Star in The Michelin Guide Constellation